Home > News > Top Things You Must Do in Macau 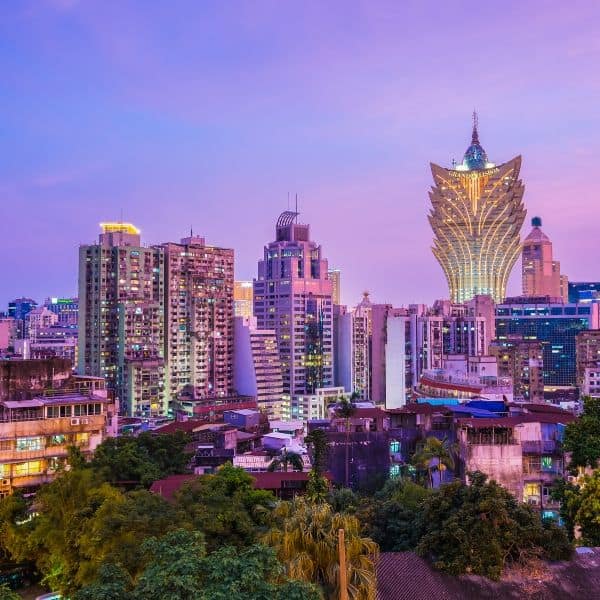 Top Things You Must Do in Macau

Macau is a particular administrative region with a recent Portuguese past and a Chinese future. It’s a region not too big and we want to propose ten things to do in Macau.

Before you start your visit you have to get there, so we will tell you what is, in our opinion, the best option. Take the ferry from Hong Kong, one of Asia’s air transport knots. The journey takes approximately 60 Minutes and costs about 20€ once you arrive at the peninsula, you are already able to continue reading to know what to do in Macau.

We recommend that you invest between two and three days in visiting Macau, you have to keep in mind that in addition to the peninsular part, it has two Taipa and Coloane islands very recommendable to include in the visit. Once you know the time of your stay in Macau, we will help you see what was most striking to us. Here’s our summary of 20 things to do in Macau.

When the sun is hidden, the ruins of St. Paul light up. Although it may seem that this is the time when more tourists are going to meet, it is not so. We came across just a dozen small groups of young people sitting on the stairs, chatting.

Getting lost in the streets of the district of San Lazaro is walking the streets of a small city in Portugal. A set of cobblestone alleys, colorful colonial architecture houses, and churches on almost any corner make your imagination transport you to Old Europe. Barrio San Lazaro, Macau

If you’ve been a casino user in Las Vegas, you’ll know what we’re talking about. Seeing an open show in some casino is one of the things you can’t stop doing in Macau. It is not too complicated to comprehend, as every certain time-most every 30 minutes – they repeat it before the illusion face of the tourist who for the first time enjoys it.

We witnessed several, such as the Wynn fountains, in the purest Bellagio style, although in this case, we saw it in the daytime and it seems that it is much more attractive to approach when it has darkened. We also witnessed some interior like the Galaxi Hotel, where they present you with a refreshing show of lights and sound.

Because of its Portuguese past, as could not be otherwise, Macau has a wine museum and what better way to celebrate that space than by tasting wines on site once we have walked among its hundreds of bottles.

One of the reasons Macau is known is because of his casinos. And there is none better characterized than the hotel Venetian. From the vault, it looks like you’re watching the sky, the canals, and the bridges. True, it’s an artificial place full of shops for you to consume as much as possible, but a walk around the hotel won’t let you down.

The most contrasting opinions of all of Macau are in the Fortress of Monte, you will observe the modern casino Grand Lisbon from a building of 1626, and although the canyons are a replica, there is a certain charm in the way they point directly to the heart of the hotel.

Whether it’s a minimum amount or a significant amount, don’t hesitate to bet something on the casinos in Macau. The easiest thing to do is try the slot machine, but here, no doubt, the game that takes the cat into the water is the Black Jack. Even if you don’t have a lot of illusions, as in most games, the bank always wins.

On the highest hill in Macau Lies the Lighthouse of the Guia, the first Western-style lighthouse on the coast of China. From there you have quite spectacular views of the former Portuguese colony.

Responsive Design is Like Dressing Your Family in the Same Outfit

What Is Adaptive Design (And Why Is It A BIG Deal For Marketers)?